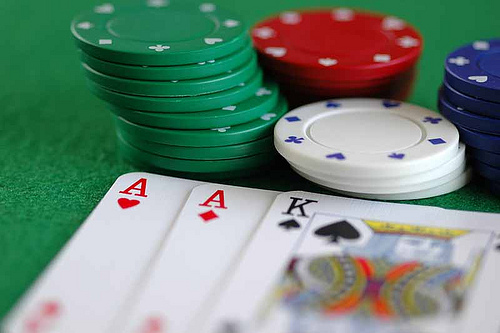 4 Ways Your Screen name Can Give You an Edge

The screen name you choose when playing online poker or other casinos games really does say a lot about you. Experienced online players and university research has shown you must put some thought into your screen name. Here are four ways to gain the online edge you seek.

Use Names That Scream “Experienced”

A blog post on RuffPoker discussed what your screen name really says about you, and it offers some surprises.

For example, you may want to use a mix of your real name and numbers that are important to you, like James050180—your first name and birthdate. But to experienced poker players, this type of name reveals you’re a novice or aren’t serious about your game.

Gain an edge by using a name that shows you have the skills, such as “ILoveOmaha” or “ILoveBetThree” or “TexasHoldemSlasher.”

According to the blog post, the latter screen names reveal the player understands the game and is confident about his or her playing skills.

Ways for Women to Be Taken Seriously Even in the online casino world, some females are not taken seriously. Using screen names like “DaisyDuke” or “MinnieMouse” or “BunnyHoney” only makes things worse. Step back a bit before you choose your screen name. Ask yourself if you would smile, laugh, or roll your eyes at screen names like these.

If your answer is yes, choose a name that screams confidence, like “WaitinfortheFlop,” or ones that change your gender. For example, say your name is Christine—use Chris instead. If your name is Jean, try Gene to portray the male gender. A good example is “GeneJacksorBetter” instead of “JeanJacksorBetter.”

Choose Names Based on Research Professor Mark Griffiths from Nottingham Trent University surveyed 2,000 people about online screen names. The survey showed 45 percent of women and men preferred using “alternative” screen names instead of their own. Even poker tournament champions use an “alternative” name, so consider using names that don’t reveal your true identity.

The survey also revealed 11 percent of men and 25 percent of women would choose a screen name that changed their gender.  In some instances, using a screen name (and avatar) that hides your sex can be beneficial. Both men and women can use this survey-based tip, but be sure to choose names that align with online casino gaming.  Men should also steer clear of fluffy names, and women don’t have to be “studs.”

Griffiths also pointed out one poker player preferred the name “Dostoyevsky” after author Fyodor Dostoyevsky who penned the novel “The Gambler.” Unfortunately, other online players might not be impressed with this novelist’s name, especially if they aren’t familiar with the book. Everyone’s goal in online casinos is to win. Don’t choose a name like “I’mNewHere”—this instantly targets you as bait. Players that use numbers such as “420” or “69” after their screen names are also seen as the non-expert or beginner—or worse—the guy or gal in the game to “chat” with the opposite sex.

Using names that include vulgarities is also a no-no, such as the “F” word. Military-based names are also not recommended. It might be nice to say you’re “CaptainAirForceOne,” but don’t expect to be taken seriously.

You passion for crafts or fixing cars should also be avoided in screen names. Skip “AutoSally” and “CraftyChris.”