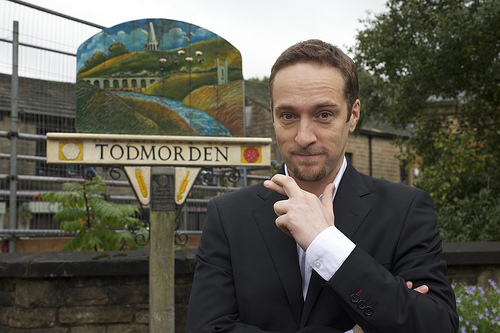 5 Celebrities Who Have Been Banned From Casinos

If you think sly card counters and master cheaters are the only ones to get the casino boot, think again. Here are five celebrities who have been not only asked to leave, but banned from casinos.

You wouldn’t think someone like Derren Brown who is famous in the U.K. for his illusions would be welcomed in a casino, but he was. Some of his wild antics on British TV have included playing Russian roulette on live television and hypnotizing some gullible managers to commit armed robbery on a city street.

Apparently the Broadway Plaza Casino in Birmingham, England felt this magician might employ his trickery while playing blackjack and Brown was told by management he could only “watch his friends play.” After viewing a few hands, management escorted the magician out of the casino. Derren Brown told The Mirror, “Over the years I’ve been banned from playing at most of the UK’s casinos, so I wasn’t unduly surprised.” The Huffington Post UK reported this British “fab five” made up of Zain Malik, Harry Styles, Niall Horan, Liam Payne, and Louis Tomlinson were banned from all casinos in Las Vegas, Nevada because all of them are under the age of 21—the legal age to gamble in the U.S.

Every casino’s security teams were put on high watch in case the musical group attempted to place a bet, but fans shouldn’t feel too sorry for them. Apparently, they were given a luxurious suite that comes with a hot tub and a half basketball court. The cost for this suite at The Palms is $16,000 a night! Paris Hilton is news. An heiress of the Hilton Hotel chain, Paris was banned from one of her own hotels—the Las Vegas Hilton. This impetuous young lady wasn’t asked to leave by casino management, never to bet there again—but from her parents.

The reason? Paris bet her Bentley during a high-stakes game of poker and lost. Maybe Paris should try out some of the more discreet online no deposit casinos, but we bet she already has! The luxury of the Wynn Casino Hotel is one to be reckoned with. Its elaborate décor, fine accommodations, and world class restaurants are just part of its draw. The casino offers one gaming tournament after another to attract high stakes gamblers.

Apparently, Wynn’s management was not pleased after an elaborate (and expensive) party was thrown in honor of rapper Lil’ Wayne who decided not to make an appearance. The result ended up with Wayne being banned from the casino for life. This former NBA Philadelphia 76ers hoops player was known for his antics on the court—and off. Commonplace infractions were not adhering to the team’s dress code and reporting to practice in a hung over state.

His antics would follow him from one Detroit casino to another until he was banned from practically all of them. It appears throwing chips at dealers, being rude to other players, and cursing like a sailor is not recommended, so Iverson continues to get the casino boot.

Being famous comes with its benefits but these five celebrities have all been asked to leave a casino at one time or another and for good reasons.