Log in Register
Sidebar Sidebar
Menu
Install the app
You are using an out of date browser. It may not display this or other websites correctly.
You should upgrade or use an alternative browser. 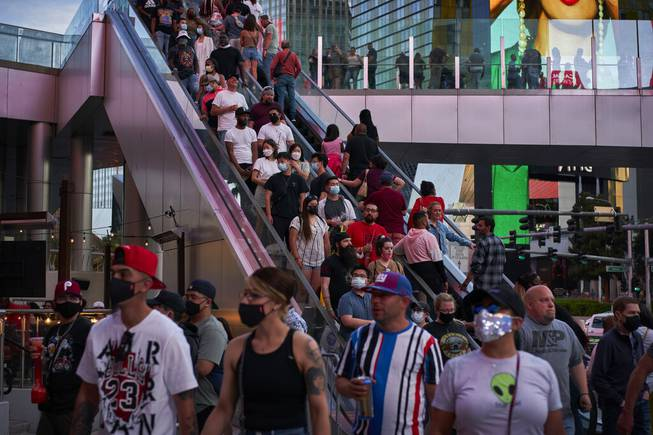 For the second month in a row, casinos in Nevada reported $1 billion in house winnings in April, showing signs that tourism business is returning faster to pre-pandemic levels than some experts expected.

The state Gaming Control Board said Thursday that last month’s overall “casino win” of nearly $1.04 billion was up a robust 11% compared with $936 million in April 2019.

A comparison with a year ago wasn’t relevant because casinos statewide were closed from mid-March to early June 2020 to prevent the spread of COVID-19. Before those closures, casinos had taken in more than $1 billion for three consecutive months.

They reached the $1 billion mark again in March.

Michael Lawton, senior analyst for the regulatory board, said winnings ticked up slightly in April at properties in the key Las Vegas Strip resort corridor, while casinos in downtown Las Vegas and the remainder of Clark County tallied all-time record winnings for consecutive months.

The state collected more than $79 million in revenues based on the April numbers, up from nearly zero a year earlier.