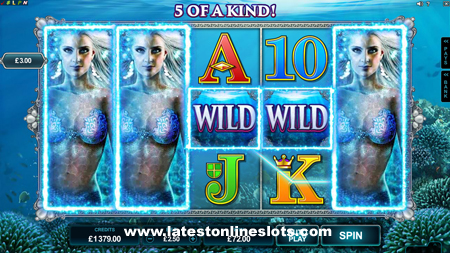 I had the pleasure of playing the new Microgaming slot called Ariana. I say “pleasure” because it is truly a breathtaking video slot. The artwork, the reels swimming with aquatic treasures and Ariana herself make the Ariana slot what it is … breathtaking!

The underwater world of Ariana has 5 reels and 25 paylines. Within the reels lies 2 bonus features. Well, one is not really a bonus, but it is an added feature. The feature I am referring to is the stacked wild feature. The enchanting Ariana will fill the reels and make them wild whenever she lands in the reels. This increases players chances of hitting jackpot sized combinations tremendously.

The second bonus feature is a free spins feature. When players land 3 scattered Starfish anywhere within the reels, the free spin games are triggered. 15 free spins were granted to me when I hit the bonus round. The free spins are able to re-trigger even though I couldn’t make that happen. If I could, things would have been real interesting.

The expanding wild reels come into full swing during the free spin games. If luck is on your side and the first reel fills with a full stack symbol, it will expand all other reels that have the same symbol. This feature makes the free spins games a potential money maker!

Ariana is eye appealing, the audio is fantastic and the free games bonus feature is a magnificent bonus feature in it’s own right. Ariana can be found in her underwater world at fine Microgaming casinos such as Golden Riviera and Riverbelle. Like I said earlier, Ariana is a breathtaking video slot. One must play it to appreciate it’s beauty. 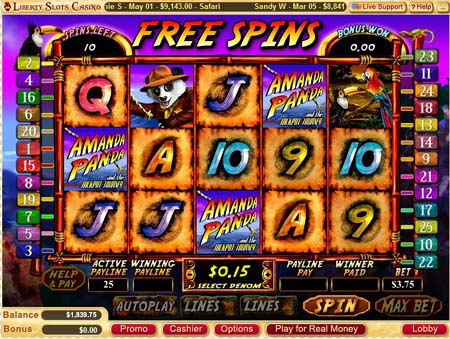 Chariots of Fire, a riveting game with an ancient roman theme, is… NuWorks, a fairly new provider of online casino software, is launching a… 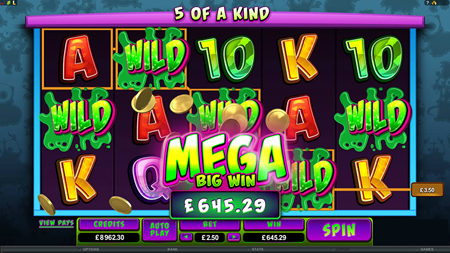 So Many Monsters Slot Review