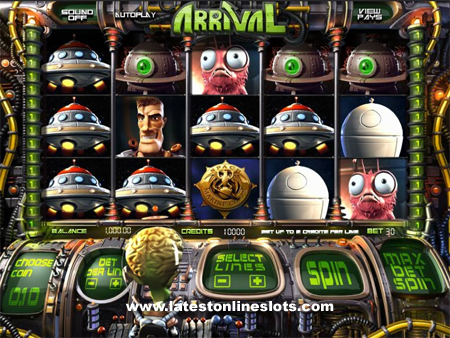 BetSoft has released a new 3D video slot called Arrival. It begins with a humorous intro video showing the galactic police on their quest to protect everyone from the evil alien Zarpon. During the galactic polices’ endeavors to fight evil, Zarpon abducts the female of the police duo. Will you help battle Zarpon and his robot army in order to rescue her?

I love 3D slots, so of course, BetSoft software is one of my favorites because of how state of the art their BetSoft games are. The graphics on Arrival are stellar (no pun intended). The background of this new slot game is set to look like the control panel of Zarpon’s spaceship. If you pause at all during your game-play, Zarpon will turn around to face you and taunt you with lines like, “Please do something.”, “I haven’t got all day.”, and “Hurry up Earthling!”.

The slots symbols in this game feature evil robots from Zarpon’s Army, the female and male hero of the story – the two galactic police officers, planets, Space Marine badges, ray guns, and the big brained alien himself, Zarpon.

Click Me Feature
Three or more ray guns anywhere on the reels will trigger the UFO click me feature. You will click UFOs to reveal instant prizes.

Free Spins Feature
Three or more certain symbols anywhere on the reels will trigger the abduction wild reel feature. A UFO will turn a whole reel wild and then award you free spins.

Bonus Round
There is also a bonus round. Help the Marine save his abducted partner. Three or more of the female Marine symbols will trigger this bonus round.

Arrival is a quirky 3D video slot full of laughs an out-of-this-world graphics. Check out this new video slot for yourself at casinos featuring BetSoft software such as Bovada and Vegas Crest. 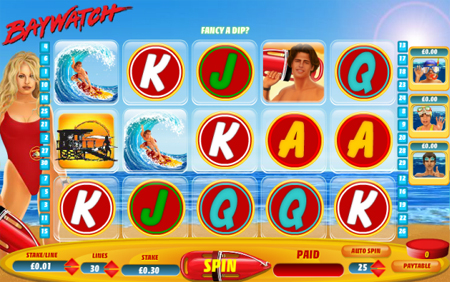 Playtech has added a second Baywatch online slot to their Baywatch series.… 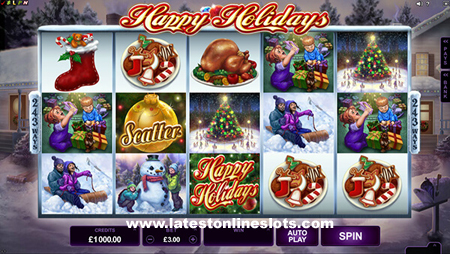 With the holidays upon us, this would be the perfect time of… 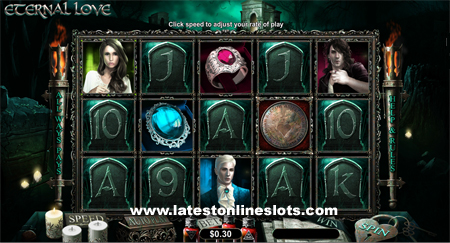 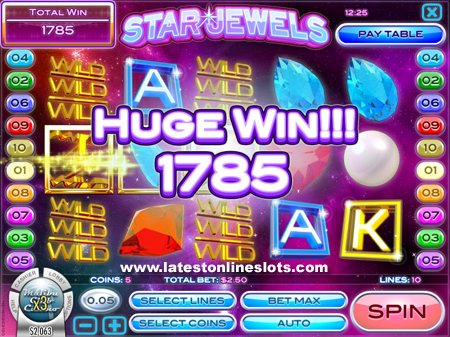