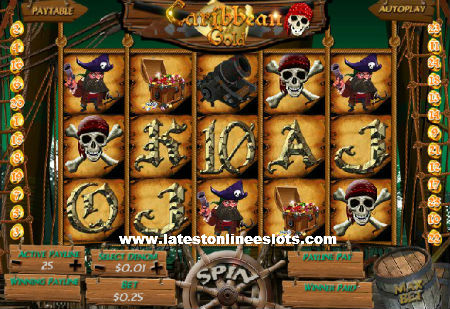 What type of graphics and symbols would you expect in a pirate themed slot game? How about a Compass, Treasure Chests, Pirates, Cannons, Skull & Crossbones, and of course, a Parrot. The Compass symbol is the wild symbol and substitutes for all other symbols except for the Scatter symbol which is the Caribbean Gold Treasure Chest.

Included in the new video slot is a Free Games bonus round. Three or more Scatter symbols, the Caribbean Gold Treasure Chest, triggers the free game feature. You will select from eight treasure chest symbols until a matched pair is displayed. Ten free games are then played with any win being multiplied by the original matched value amount.

There is a second bonus feature in Caribbean Gold and it’s called the Buried Treasure Feature. The feature is triggered randomly after every game. Players will choose from fifteen Caribbean islands to locate the treasure. Each island selection reveals a treasure chest or a shipwreck symbol. The Treasure feature ends when three shipwrecks are revealed. you do have the option to chose to escape if danger of shipwreck is imminent and retain your accumulated treasure.

Log in and spin to win your share of the very cool Caribbean Gold at Liberty Slots and Lincoln Casino today! 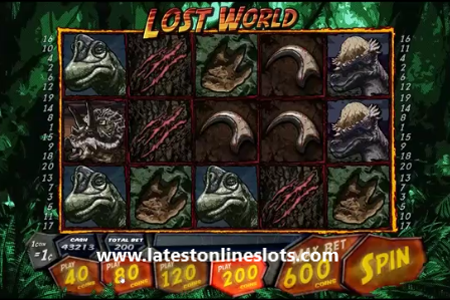 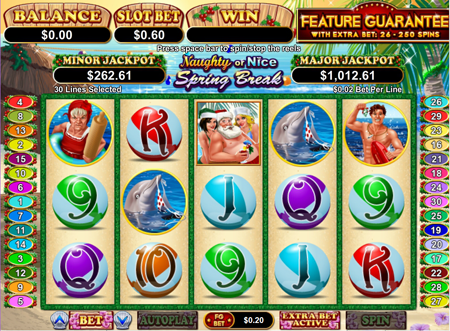 Everyone’s best babes are back at RTG casinos, in Naughty or Nice… 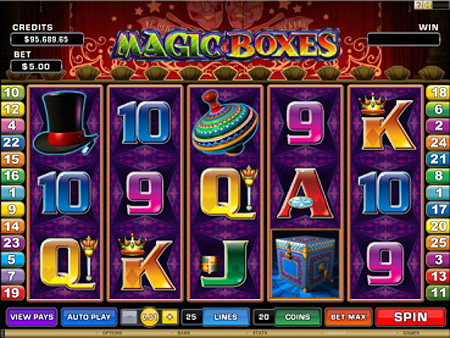 Magic Boxes is the new video slot game. Players enter into a…