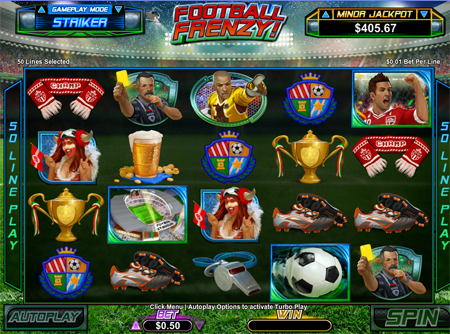 Grab your vuvuzelas and practice your team chant – it’s time for Football Frenzy from Real Time Gaming! This is their latest 5 reel and 50 fixed payline video slot. There is a whole lot going on in this game just like the action going on at the World Cup games that we need to dive right in!

Symbols seen throughout Football Frenzy include a soccer ball, soccer players, football fans, a referee, a trophy, a ref’s whistle, a scarf, a cup of beer and a pair of cleats.

The Wild Striker symbol is a grouped wild that will appear in reels 1 and 5 in normal games. The Striker counts for all symbols accepts counters. The prizes are doubled when a striker appears in a winning combination.

Players can win up to 900 times their wager in the “Penalty Kick” bonus round. The soccer bonus ball symbol can appear on any other symbol during the free games. If the bonus ball appears on all reel, the bonus is triggered. The kick penalty goal is to move up the prize ladder. A gold bonus ball is awarded after to misses or eight goals. Kick a goal with the gold ball bonus to triple the prize and kick again. Kick a second golden goal to triple the prize again.

As you can see, there is a lot going on in the latest RTG video slot and the action is just as fast as the World Cup games. Get the party started with Football Frenzy at your favorite RTG casino today! 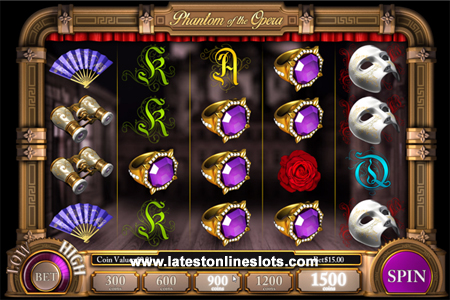 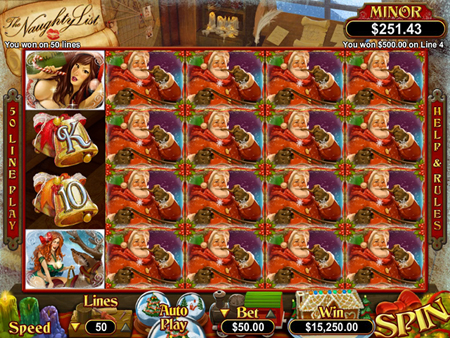 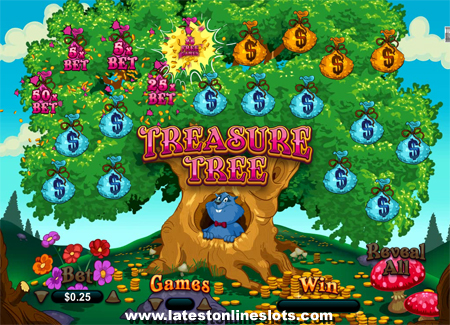 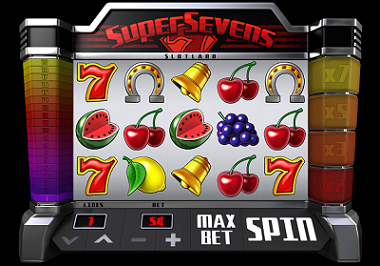