High Fashion is the new RTG slot game released by Real Time Gaming, and as you may have guessed it has a fashion model theme. Get ready to strut your stuff with five reels and twenty-five paylines. With symbols like lipsticks, sexy high heels, fashion magazines, modeling contracts, and cameras (to name a few), this slot may seem geared more towards the ladies, but I think it would be a mistake for you fellas to dismiss it based solely on that. I recently tried this new game and had some nice wins and can tell you the free spins features were triggered frequently.

High Fashion’s two wild symbols are the male model who only appears on the first reel and the female model who only appears on the last reel. Both wilds substitute for all other symbols except the scatter and double the prize when included in any winning payline. The scatter is a runway symbol. When two, three, four, or five scatters appear anywhere on the reels, it will increase your win by one, two, twenty-five or one thousand times your bet respectively.

This slot has two different free spin features, and they are the Runway Feature and the Model Feature.

In addition to the runway symbol being the scatter, three or more will award you five free spins during which the middle reel is made up entirely of wild symbols, both the male and female model, and five extra games will be awarded if a model appears on reels one and five during the feature.

Both free game features can be triggered in the same spin in which case the Model Feature will be played first followed by the Runway Feature. High fashion features not one – but two Progressives Jackpots – the Minor Jackpot and Major Jackpot, either of which can be triggered randomly at the end of any spin.

If you are ready to be fabulous, you can check out RTG’s new slot High Fashion at Slotocash and Uptown Aces. 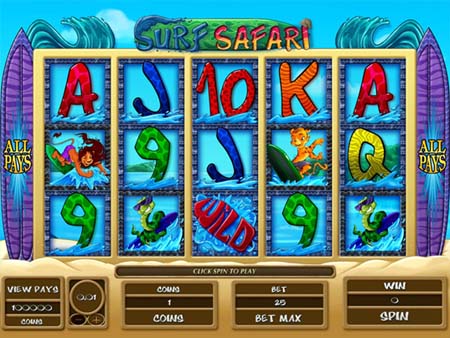 The assortment of Microgaming slots is ever growing! Surf Safari is one… 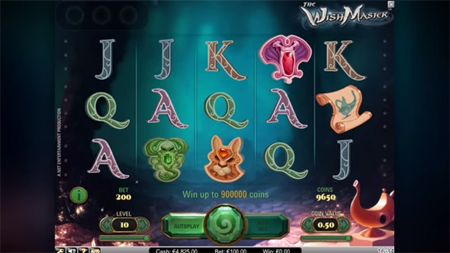 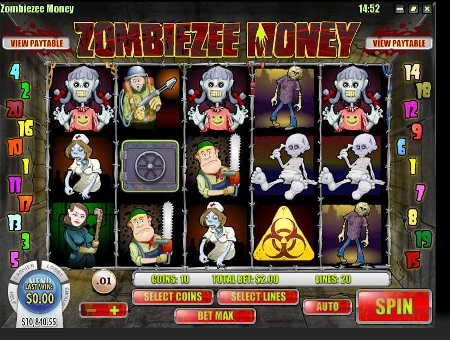 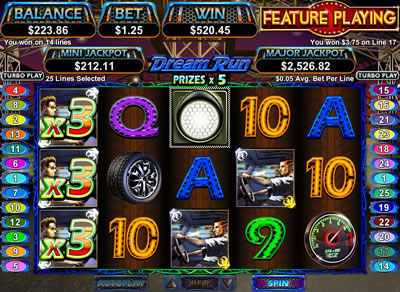