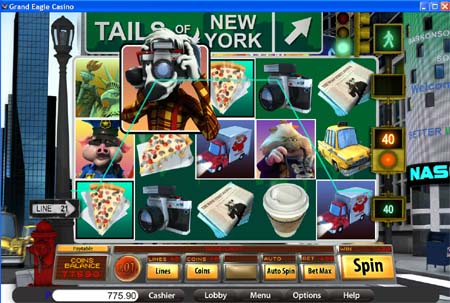 Tails of New York is the newest 5 reel and 40 payline video slot game that has been released by Bet On Soft casinos. The title gives the theme of the new online slot away and tells us it is a tale about a bunch of “tails” running around the streets of New York.

Dogs and Cats, the Statue of Liberty, Slices of Pizza, Taxi Cabs, a Police Piggy, Cameras, Newspapers, Coffee Cups and a Taxi Driver all make up the New York scene as does the pedestrian light in the top right corner. A red light means you have stopped spinning, a yellow light means you are spinning and a green light means you won a prize!

Buddy is the cute doggy who is wearing a camera around his neck non-stop. He’s ready to take that perfect shot and hoping to make a buck or two off of it. As the Wild symbol in Tails Of New York, he will create winning combinations in paylines if he appears and if it’s possible. He will not substitute for Chow’s Van which is the scatter in this online slot. Buddy has another fun characteristic. He will randomly appear in the corner of the online slot machine after a spin and take a picture of one of the symbols in the reels. The symbol will turn Wild and if it’s possible, will create winning paylines.

The Chow’s Run bonus will launch when three or more Chow’s Vans land in the reels. Choose 3 items from the choices presented to you in a dark alley and win prizes for each item.

There is another bonus round in this latest slot game. When three or more Taxi Drivers appear in the reels, players will be awarded with Free Spins.  3, 4 and 5 Taxi Drivers will award 5, 7 and 9 free spins that come with a 5, 7 and 9 times multiplier respectively. Imagine getting free spins with a 9 times multiplier! You could take your very own vacation to New York!

The new slot, Tails of New York and Buddy, can be found at any BetOnSoft casino such as Treasure Mile! 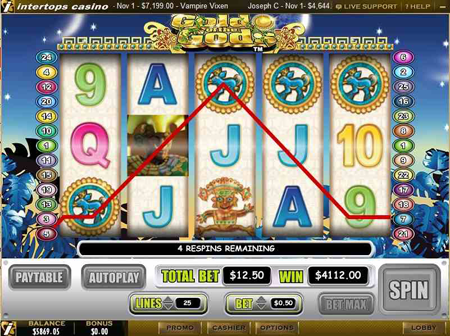 Gold of the Gods Slot Review

Set in the splendor of the ancient Mayan culture, Gold of the… 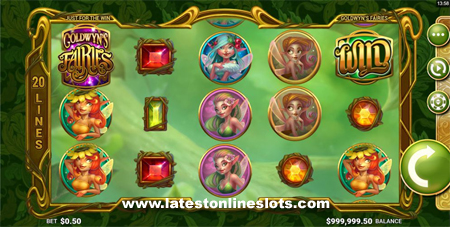 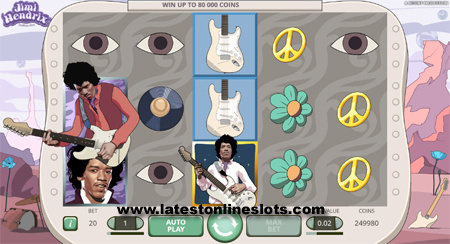