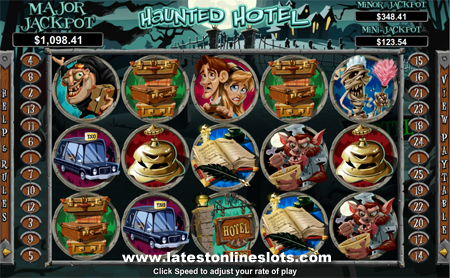 Halloween is just around the corner and NuWorks has a new Halloween themed slot game called Haunted Hotel. Haunted Hotel is packed full of wicked good fun and tons of ways to win big!

I’m loving the symbols in this game they are just too much fun starting with Frankenstein, then the symbol of two terrified guests, Igor the bellhop, a mummy maid, the werewolf chef, stacks of luggage, spooky hotel vacancy sign, a hearse looking taxi cab, an antiquated guest book and a desk bell that looks like a jack-o’-lantern. In addition to those symbols the wild is a grouped Dracula on reels two and four. The Dracula wild counts for all symbols except for scattered haunted hotel symbols. The prize is tripled when the Dracula wild appears in the win. Scatters are the Haunted Hotel symbol and three or more scattered Haunted Hotels triggers a pick a feature where you pick a scatter symbol and start one of three different features.

Very Vamp
During the Very Vamp feature, five free games are awarded during which reel three is held in place made up entirely of Dracula wilds. Any three or more haunted hotel scatters appearing during these four games will add five more free games.

Haunted Hotel
During the Haunted Hotel feature you are presented with five doors to pick from. Select doors to reveal bonus symbols until the ghost appears and then ten free games are then played during which any bonus symbol appearing will be replaced with the Dracula wild. Any re-trigger will add ten more free games to this feature.

Random Jackpots
One or more random jackpots can be one at the end of any spin. These wins are entirely random.

Haunted Hotel is everything I love! Halloween, slots, bonus features … all the treats and none of the tricks. You can give this spooky new game a spin at NuWorks casinos like Slot Madness or Lucky Club. 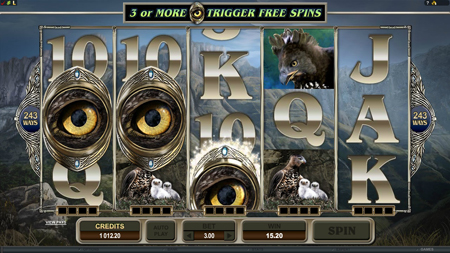 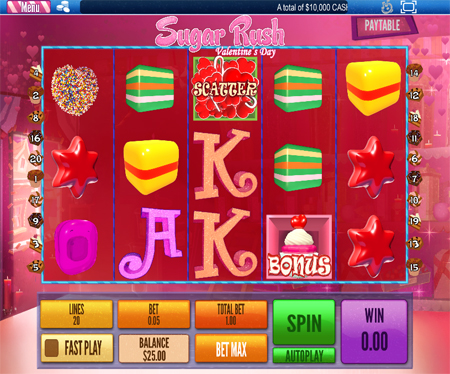 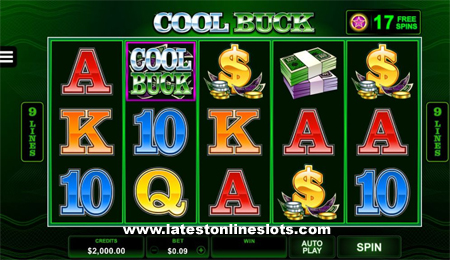 Cold hard cash anyone? How about cool hard cash? Cool Buck has… 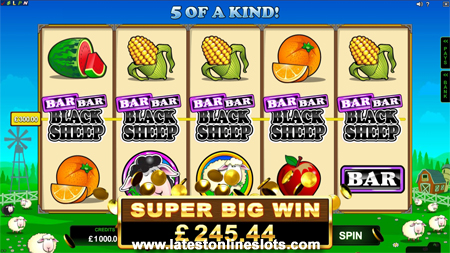