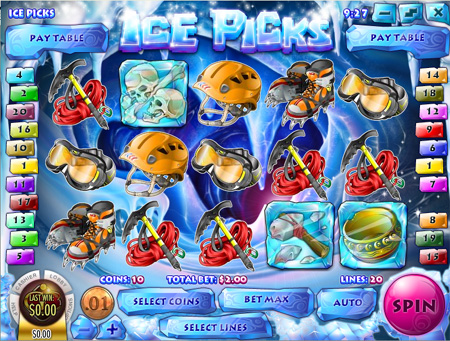 Released just today, December 20, 2011, Ice Picks is the newest video slot game that has filled Rival Gaming’s assortment of slots. Make your way through the icy caverns, break the ice and discover hidden treasures frozen deep beneath the ice. Bonus Rounds, Free Spins and Wild symbols will help you do this.

Ice Picks is a 5 reel and 20 payline slot game that looks to be a “chiller” of a game especially because of a new feature it has called the Ice Drop.

The symbols in Ice Picks depicts ice exploration that many people seem to enjoy and they are a pair of Goggles, a Pickaxe, a Helmet, a pair of Gloves, Wooden Crates, a Compass, a Treasure Map and the most special symbol of all, a Treasure Chest. The Treasure Chest is the highest paying symbol and will pay 9000 coins if five of them appear in a winning payline!

The Wooden Crate is the wild symbol and it only appears in reels one, three and five. When it does create winning paylines, it will multiply the win by three times the base wager.

The Treasure Map is the bonus symbol. The bonus round will trigger when 3 or more of them land in the reels. This bonus round will have you picking through the ice and as you uncover hidden treasures, you will be collecting coins along the way.

The Compass is the scatter symbol that triggers the free spins feature. Three or more are needed to trigger it. Three, four and five scatters will award five, ten and twenty five free spins respectively.

Now to the special feature, the Ice Drop. While spinning away, you may see “frozen” symbols in the reels. If three or more matching “frozen” symbols appear in the reels, they will shatter and the symbols above them will drop in their place in hopes of creating winning or more winning combinations. This can happen over and over within the same spin.

As you can see, Ice Picks may be a potential gold mine. Play Ice Picks at any of these fine Rival Gaming casinos today including Gold Cherry! 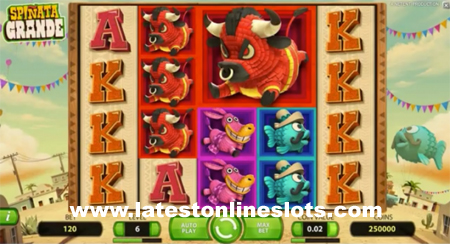 Spinata Grande, another new release from NetEnt slots, is a smashing hit… 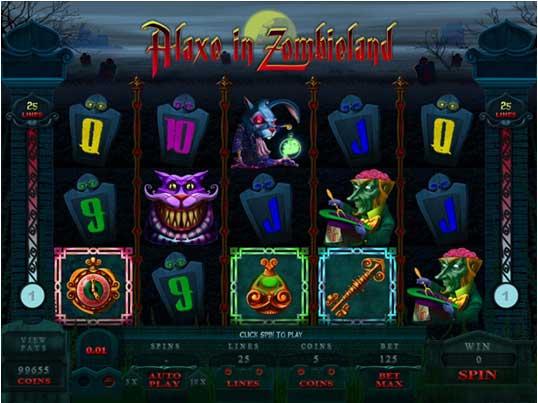 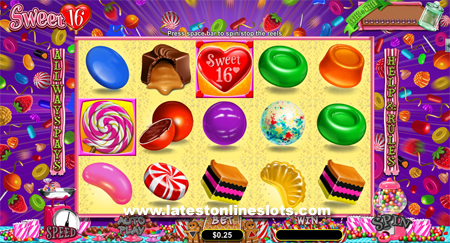 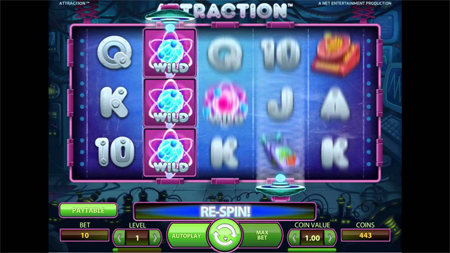