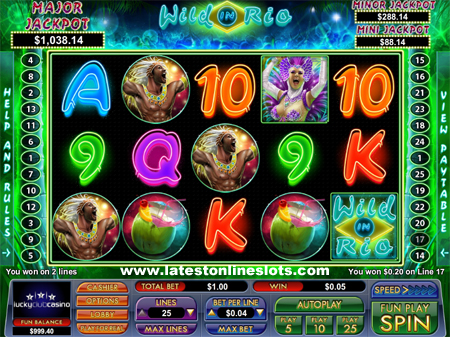 NuWorks software is going wild with the release of their new video slot, Wild in Rio. Rio has been n the spotlight the last few months especially with the Summer Olympics. Several software platforms have released Rio themed games recently and NuWorks is not missing out on the Rio craze.

Wild in Rio is a five reel, twenty-five pay-line video slot with a Brazilian carnival theme. This new slot is filled with vibrant colors starting with the the 9 through A standard slot symbols that are rendered in brilliantly colored neon lights as well as the Brazilian dancers in their colorful costumes with their elaborate headdresses. The wild symbol which is the Wild in Rio logo is also written in neon lights with the Brazilian flag in the background. The scatter is a hot pink drum.

Both the scatter symbol and the wild symbol in this game have 3D animations that play out when lined up. The neon lights that spell out Wild in Rio on the wild symbol start changing colors and the drums begins to bang themselves for the scatter.

Wild in Rio counts for all other symbols on reels two, three, four and five except scatters. Scatter wins are of course multiplied the total bet.

Wild in Rio ‘It’s Gone Wild’ Feature
Ten free games are awarded when three or more scattered drums occur from left to right. Extra wilds are added to the reels in the form of stacked wilds during the feature. The feature maybe be re-triggered as  many as five times with each re-trigger adding two extra free games.

Wild in Rio has three different Progressive jackpots the Major Jackpot, the Minor Jackpot and the Mini Jackpot. One or more random jackpots can be won at the conclusion of any spin.

So if you’re feeling a little wild why don’t you head to a reputable NuWorks casino like Lucky Club or Slot Madness and check out their a new game Wild in Rio! 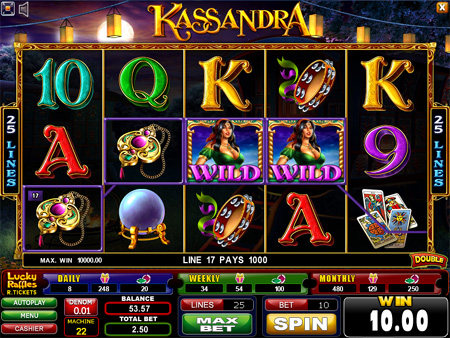 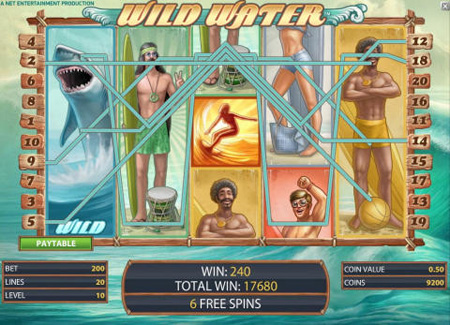 Grab your surfboard because the waves are high at Net Entertainment casinos.… 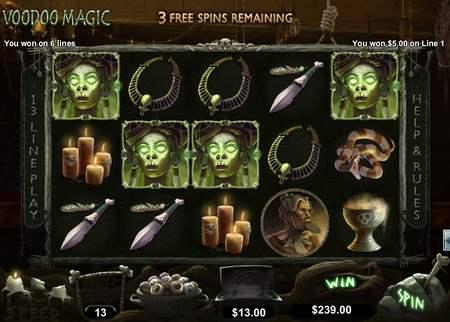 Enjoy the conjuring with RTG slots Voodoo Magic, with its macabre theme…