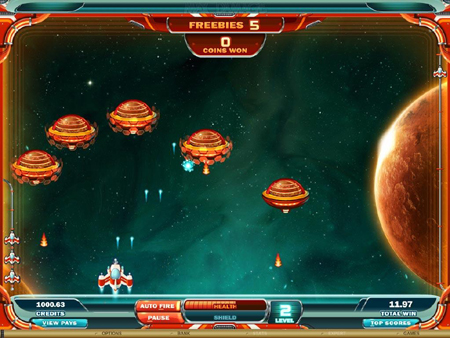 Max Damage and the Alien Attack is the 1st addition to the new Arcade Style Casino Gaming being launched by Microgaming. It seems that online casinos have been trying, as of late, to come up with new and fresh ideas for variety in their slot assortments. Microgaming has done it again!

In the new game, Max Damage and the Alien Attack, players are in control of a spaceship and shoot at attacking alien spaceships that are heading towards them.

As the levels progress, the game gets more interesting because alien ships will fly closer to the player’s ship or will transpose into formations as they try and shoot the player or even collide with them. Once the player has eliminated all the alien ships in one level, they move up to the next. As the alien ships are being destroyed, players will win random values.

There are 9 levels in all where some of the levels hold “Freebies”. This is a free play Bonus Round. There are levels where the player must kill a Level Boss. The Level Boss pays out more than the regular alien ships do.

You will have 6 lives with and have the help of Health Boosters and Shields. There are different weapon upgrades and ammunition. These features will help keep the player’s ship “alive” and will also help in destroying the enemy.

Just like the arcade games of the 80’s, there is a leader board where players can see their top scores, the date and rank … besides winning money!

Max Damage and the Alien Attack is not the usual slot game but is more like a video arcade game. It will take some skill to defeat the enemy aliens but at the same time, as you are brushing up on your shooting skills, defeating the enemy, you will be winning real money unlike the arcade games from the past.

Max Damage can be played at Lucky Nugget and Royal Vegas and other fine Microgaming casinos. If you have been wishing for something new and totally different, this game is for you! 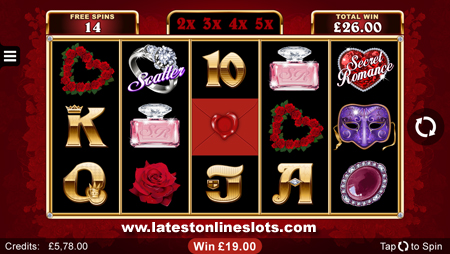 If you love slot games and fairy tales, what better way to… 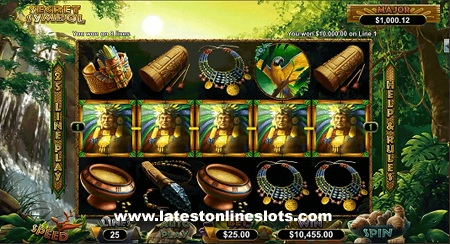 Ready for an adventure in the Aztec jungle? This game takes us… 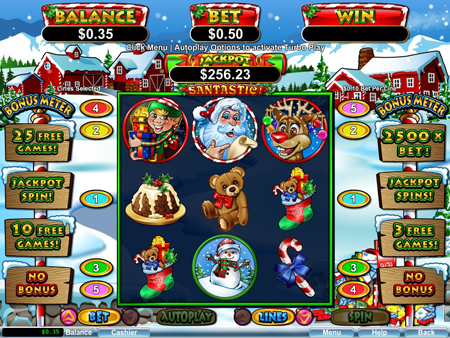 Santastic is the newest slot game to hit the RTG platform, and…